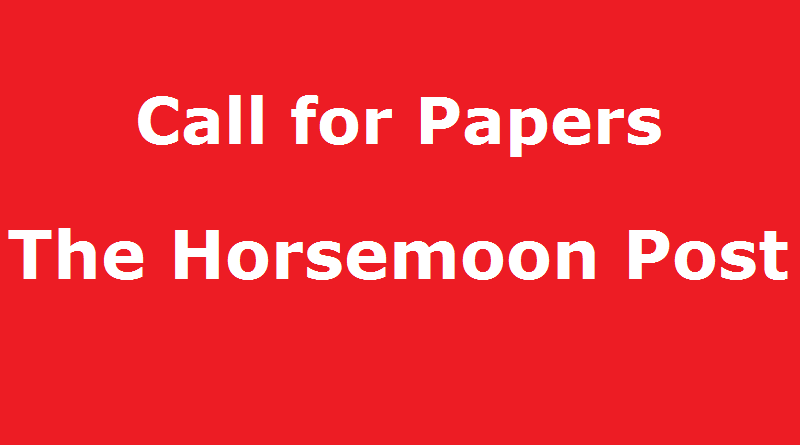 The Horsemoon Post gets a makeover in the context of an editorial reassessment, which will develop definitely in the next months.  For now, we give up on the daily structure,  to become a forum of reflection, of expression of opinions, of elaboration of analysis about several subjects regarding the contemporary reality, from culture to sport, from the coexistence between civilizations to defence, from the political debate to the social needs of the suburbs.

For this reason,  while waiting to assemble an editorial staff coherent with the new mission, selected by an innovated shareholding structure, we decided to launch a place of elaboration of thought and freedom of expression which, within scientific reasoning and analytical processing, makes possible to propose their own consideration according to the contemporary society’s point of view, shaken by explosive phenomena which present  the Mankind with a challenge never seen before.

If, from a certain point of view, today the inhabitants of the planet Earth have extraordinary opportunities of affinity and sharing, thanks to the demolition of the space-time borders generated by the Fourth Industrial Revolution and the tools of the technical globalization of the Information Technology, from the other one wars increase,  apocalyptic scenarios are unfolding, phenomena of social, cultural, religious and political destabilization seem to lead the Mankind to the total crash in a landscape of raising irrationality.

For such reason, open and smart minds, which share their own analytical processing,  are needed, in order to propose new readings, unplumbed perspectives, short, medium or long term solutions trying to invert the course of events in the world.

Then, what is “Call for Paper”? It is a cultural room where it is possible to read trends and gather innovative proposals . We offer the chance to express their own opinion about several topics we are concerned to debate.

How to join “Call for Paper”. Every month we will launch a thematic Call, reserving a space in the blog for publishing the most deserving paper (which does not exclude a possible publication of all essays received:  we wish that this will happen).

The proposers may send their own contributions in various forms, in accordance with an established ‘Regulation’ and following accurate ‘Editorial Guidelines’, consistent with the scientific purpose of the initiative, in Italian, English, French, Spanish and Portuguese.

We intend to publish in the original language, but we reserve the possibility to translate the received proposals  into English and Italian.

‘Call for Paper’ will be coordinated by Marie Thérèse Tapsobà Franceschini, M.A., the mind behind the initiative, with the support of the Editorial Staff (in the process of expansion) and the Scientific Committee, called to evaluate the received contributions and select the ones worthy of publication in The Horsemoon Post. Chiara Rinzivillo, M.A., will organize the linguistic analysis of the contributions.

The first Call deals with “Terrorism and Europe”.

There is nothing left for you to do but participate and begin to write. 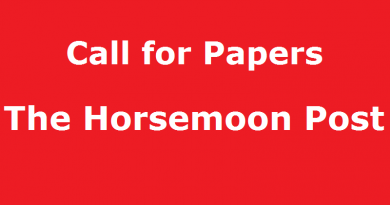 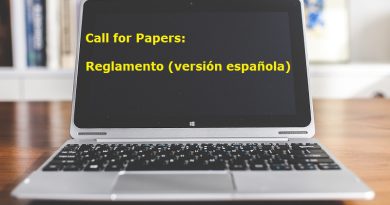